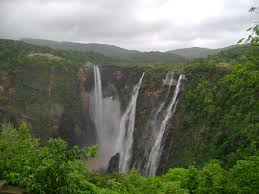 Shimoga district and film industry have a strong bond. Most of the theatres in the district play Kannada films in certain regions of Shimoga. The famous theatres of the city are Lakshmi, H.P.C, Mallikarjuna, Modern, Vinayaka…
Shimoga district gained public eye, when Agumbe in Thirthahalli Taluk was selected as the spot to shoot the Malgudi Days, a tele-serial based on a famous tale written by R K Narayan. This tele-serial was directed by the famous Kannada actor and director, Shankar Nag.
Some of the well-known cinema personalities born in Shimoga district are:

Girish Kasaravalli: A recognized film director who has won more Swarna Kamal awards for Kannada classic movies than any other living film director in the country, thus enriching Kannnda film industry and Kannada culture in general. Girish Kasaravalli was born in a village called Kesalur in Thirthahalli Taluk.
Diganth: An upcoming star of kannada film industry, who was introduced in the movie ‘miss California’. But he got public recognition from Mungaru Male, which gave a turn to the industry. Later on, he acted 5 leading role. He is also from Thirthahalli Taluk and have a Bachelor's degree in commerce with him. 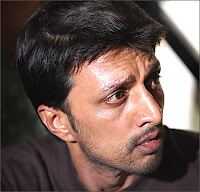 P. Lankesh: Born in a village called Konaganahalli in Shimoga district, He is very popular for being the editor of the controversial weekly news paper, Lankesh Patrike. He was also a well-known film director who won the national award for the best direction for his very first film Pallavi in the year 1976.
Sudeep: A famous actor, director and producer from shimoga district. He studied mechanical engineering from Dayananda sagar college of engineering. He had his debut in Tayavva. His kannada movies are My autograph, Just math mathalli, Sparsha, Hucha, Mussanje Mathu. He also stepped in Hindi, his hindi movies are Phoonk, Rann, Phoonk 2 etc. He has won 3 film fare awards too. He has left his footprints in TV shows also.
Posted by Karthik YR at 02:40 No comments:

Bhadravathi ( ಭದ್ರಾವತಿ) is one of the recognized industrial town of India. This is a taluk in the Shivamogga District. It is located at 255 kilometers apart from silicon city Bangalore and at about 20 kilometers from the Shivamogga city. Bhadravathi lies in the central part of the State, in the south-east part of the district.
The town has an area of around 67 square kilometers  and has a population of 160,392 as per the 2001 census .  Bhadravathi has the literacy rate of 74%, much greater than the average of 59.5%; with 76% of the males and 74% of the females literacy.
The river Bhadra  flows through the city, then into the Bhadra Wildlife Sanctuary. The taluk borders five other taluks, the Shivamogga Taluk, Honnali Taluk, Channagiri Taluk, Tarikere Taluk, and Narasimharajapura Taluk.

Two national highways pass through the city are NH-206 and NH-13. These two highways conver a short length starting in Bhadravathi and ending in Shivamogga. Two state highways also pass through bhadravathi. Buses and trains that go from Bangalore to Shivamogga passes through Bhadravathi.
The two most important factories that takes the large part of the city are Visvesvaraya Iron and Steel Plant factory, started by Sir M.Visvesvarayya, and the Mysore Paper Mills Limited factory, popularly known as MPM. 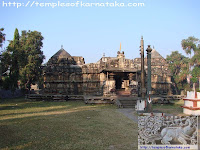 Veera Narasimha, The Grand Son of Vishnuvardhana of Hoysala Dynasty has built the Lakshmi Narasimha temple in the 13th Century A.D. This temple has carvings of Lord Srikrishna, Lord Purushottama, Lord Ganesha, Goddess Sharadamba along with lord Narasimha.
All India Radio (AIR) has built a radio station Bhadravathi. It broadcasts radio programs using medium wave signals at 675 kHz.
Vishvesharayya Iron & Steel Plant play ground is situated in Bhadravathi. This ground was built in 1960. It has the capacity of 25,000 spectators.
Posted by Karthik YR at 10:44 No comments:

Being part of Prosperous Malnad region, Shimoga district is placed in one of the biodiversity hotspots of the globe. The regions have few confined areas classified as wildlife sanctuaries to make sure the security of these species: 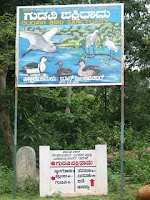 Gudavi Bird Sanctuary is situated in Soraba Taluk. It has an area of 0.74 km², it comprises a large water reservoir covering 0.30 ha and a dense wet forest.
Sharavathi Valley Wildlife Sanctuary is located in Sagara Taluk. It has evergreen forests beside the Linganamakki reservoir.
Shettihalli Wildlife Sanctuary is located very nearer to Shimoga city and has dry deciduous to semi-evergreen forests and has a region of 395.6 sq km.
Mandagadde Bird Sanctuary is positioned on the National Highway 13, 30 km. apart from Shimoga city on the way to Thirthahalli. Mandagadde is actually a tiny island bounded by river Tunga and the birds sited here are median egret, cormorant, darter and snakebird.

Tyavarekoppa Tiger and Lion Safari lies about 10 km. from Shimoga city on the way to Sagar town. Lions, tigers and deer are housed in an enclosed area and a safari is well organised.
Sakrebailu Elephant Camp is 14 km. far from Shimoga city in Thirthahalli road. This is a training camp where elephants experience training from mahouts. 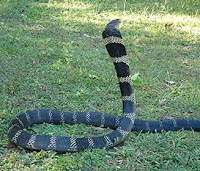 Bhadra Wildlife Sanctuary was started in 1951 covering a region of about 252 sq km. It was united with the surrounding Lakkavalli forests and got its name of Bhadra Wildlife Sanctuary. It now covers an area of 492 km². It has two section areas Muthodi and Lakkavalli. Wild animals found in this sanctuary are tiger, leopard, wild dog, jackal, elephant, gaur, sloth bear, sambar deer, spotted deer, monitor lizard, barking deer, wild boar, common langur, bonnet macaque, slender loris and the Malabar giant squirrel. Some of the birds housed here are shama, Malabar whistling thrush, bulbuls, woodpeckers, hornbills and pigeons, drongos and Asian paradise flycatcher. This place has been adopted under a tiger protection project called 'Project Tiger' which is an program from the Indian Government. Best time to visit is from October to February.
Python, cobra, king cobra, rat snake and marsh crocodile are among the reptiles. Dangerous King Cobra is found in forests near Agumbe.
Animals in this sanctuary comprise tiger, leopard, wild dog, jackal, elephant, sloth bear, sambar deer, spotted deer, Wild pig, Common langur, Striped-necked mongoose, Porcupine, Malabar giant squirrel and pangolin.
Posted by Karthik YR at 03:37 No comments: